Problematizing Citizenship in a Postcolonial Nation-State: A Case Study of Pakistan 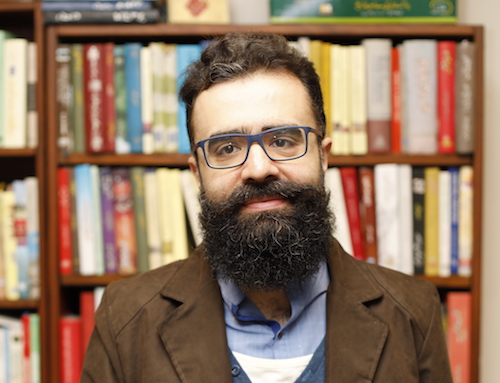 As the fact stands, a lot of work has been done on the idea of India, the kind of Indian republic that was being imagined and the contributions made by leading ideologues or political figures shaping the outcome of the Indian republic in the form of its constitution and the democratic set-up in 1949-50. Opposed to this considerable work regarding India, the idea of the Republic of Pakistan, to date, has not been explored. Moreover, Dr. Qasmi says, “It is presumed that whatever the ideological content of the new state was summed up in the Objectives Resolution of 1949, it eventually shaped the outcome of political processes and constitution making. I wanted to go beyond that and look at the way in which the issues were being debated, especially during the first decade of Pakistan’s existence from 1947-56.”

The exploration of the idea of citizenship in Pakistan and the processes of idea formation from 1947 onwards was thus direly needed. This research is a spin-off of Dr. Qasmi’s previous works, namely one that came out recently, in an edited volume called, ‘Muslims against the Muslim League: Critiques of the Idea of Pakistan’. In this particular research, Dr. Qasmi looked at what the Muslim community has gone through and the various transformations that occurred in the late 19th century and the gradual unfolding of the idea of a Muslim qaum. “This got me thinking that there exists a kind of pre-history of the idea of Pakistan, the history of a Muslim qaum that was transformed in a postcolonial context,” explains Dr. Qasmi.

Broadly speaking, Dr. Qasmi did not pursue any fixed timeline and did tend to travel back and forth with only two major cut-offs. The first was 1956 when the first constitution got approved and the debate about the ideological content of the new state of Pakistan was much settled. Meanwhile, the second is from 1971-74 because by 1974, the constitution had been approved and the controversy about recognising the new state of Bangladesh had also been settled. Hence, a new kind of imagination in Pakistan was happening. Nonetheless, much of the debates that happened in 1950’s continued to have an impact or shape these debates later on in 1970’s as well.

In his research, Dr. Qasmi looks into various issues. “I mainly studied constitutional and ideological issues. These include the features of Pakistan’s polity, nature of Pakistan’s constitution, the question of what defines Pakistan as a postcolonial state as it emerged,” explains Dr. Qasmi. He takes into account various examples, even if they may appear to be quite trivial in nature. The issue of which national holidays should be observed in this new republic is a prime example. Unlike in British India, where all different religious denominations were covered, the new state of Pakistan had to make a decision about which kind of religious and other kinds of occasions should be celebrated. Thus, the idea of a national calendar as it emerges and the centrality of such occasions like Eid, Muharram, Eid Milad-Un-Nabi and all of that excluding ‘minority festivals’ such as Navroz, Easter, Holi and others which continued to be observed till 1950’s were observed. Gradually a new kind of national calendar was emerging.

Similarly, a new kind of idea of education also emerged. This referred to what kind of history has to be taught or what was going to be the narrative which dominates official textbooks or the departure from history textbooks which were being taught prior to 1947. Dr. Qasmi’s work also looks into the debate on the idea of national history, citizenship, culture, the scope of how we approach and address the limits of Pakistan’s culture or civilizational limits so that it is going to be limited to the present day frontiers of Pakistan or does it go beyond that? “If it doesn’t go beyond the present day limits of Pakistan, so what about Taj Mahal, or what about Ghalib or the people who lived before 1947, pre-partition,” elaborates Dr. Qasmi.
“These questions were at the heart of different debates which were taking place in Pakistan within the constituent assembly and beyond in the larger public sphere in newspapers and magazines as well as in various other