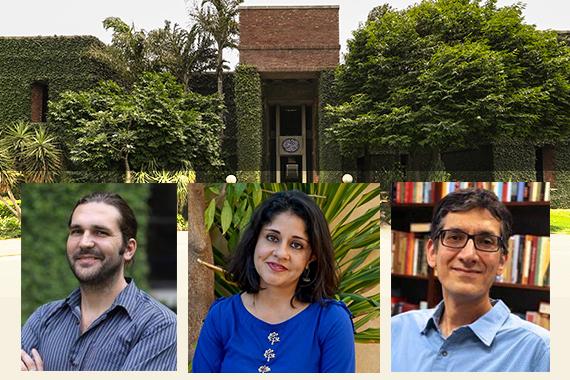 Faculty at the Mushtaq Ahmad Gurmani School of Social Sciences and Humanities continue to publish their research on a variety of subjects ranging from Feminism to Economies in South Asia. A list of the publications and their abstracts is as follows:

‘Can Fun Be Feminist? Gender, Space and Mobility in Lyari, Karachi’ in the South Asia: Journal of South Asian Studies (2020)

The densely populated, multi-ethnic area of Lyari in Karachi is one of the city’s original settlements. The area has become infamous as the site of an ongoing conflict between criminal gangs, political parties and law enforcement agencies for over a decade, and, for this reason, Lyari has been labelled as one of several ‘no-go areas’ in the city. However, for the residents of Lyari, the ways in which they understand their part of the city far exceed these facile labels. While at times their neighbourhoods do become fearful spaces, they are also places of comfort, familiarity and fun. This article explores the multiple ways in which women and girls experience and understand this area. In particular, it documents the various ways in which they express and experience enjoyment in their everyday lives and during exceptional moments and is based on extensive interviews and participant observation in several neighbourhoods.

‘Changing perceptions of environmental change, vulnerability, and adaptation in the Andaman Islands' with Ruhi Deol, in the International Institute of Asian Studies (IIAS) (2020)

Since the 1970s, growing consciousness of the impacts of anthropogenic environmental degradation and climate change has led to a shift in India’s state policies, from commercial exploitation to the conservation of resources. As in other parts of the globe, the conservation paradigm has created new vulnerabilities, especially related to the subsistence livelihoods of farmers, fishers, and forest villagers. In the Andaman Islands, the impacts of human activity on both marine and forest ecosystems is more visible than on continents or ‘mainlands’, and the vagaries of climate are increasingly felt. This article reveals in which ways aspects of the conservation discourse impact local perceptions of environmental change in the Andamans.

Dr. Karrar (with S. Fehlings) serves as guest editor in the special issue on Informal Markets and Trade in Central Asia and the Caucasus in the Central Asian Survey (2020).

'Negotiating State and Society: The Normative Informal Economies of Central Asia and the Caucasus' in the Central Asian Survey (March 2020) co-published with S. Fehlings

'The Bazaar in Ruins: Rent and Fire in Barakholka, Almaty' in Central Asian Survey (March 2020)

Since 2013, there have been multiple fires in bazaars in Almaty, Kazakhstan. Most of these fires have occurred in Barakholka, the largest bazaar in Central Asia, known for wholesaling in apparel, shoes and low-quality household and office supplies. Using recurrent Barakholka fires as my point of departure, this article contributes to scholarship by describing how the clearing of old bazaars is followed by new property developments and the imposition of new rent regimes. In doing so, the author argue that fire – a form of ruination that not only destroys property but also severs networks and people's relationship to a place – is illustrative of how the bazaar, as a new institution within an emerging post-Soviet market economy, was moulded by private interests, and repeated, often ruinous assertions of control over property. This article is based on ethnographic interviews and repeated visits to the Barakhola between 2016 and 2018, and media accounts of the fires.