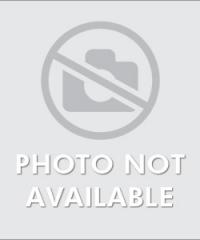 Dr. Sameen Zafar received a Doctorate in Economics from the University of Nottingham, United Kingdom, with a research focus on Poverty in Asia. During her PhD, she has been a visiting student at University of Oxford, UK to conduct part of her research.  Prior to joining LUMS, she had been working as an Associate Professor at PNU. She has been associated in teaching capacity with the schools of business and economics at eight different universities including the University of Nottingham and Nottingham Trent University in UK. During her teaching experience, she has taught diverse courses in the disciplines of Economics, Business and Development Studies at both undergraduate and post graduate levels, nationally and internationally.

Dr. Zafar has received several awards and recognitions which include the International Research Excellence Award from the University of Nottingham, UK and a Teaching Award from the School of Economics, University of Nottingham. She has also attended numerous international conferences and teacher training programs in the UK to become equipped in imparting education at world class levels.

She has worked for Islamic Relief UK as a Research Fellow to conduct research and produce a publication on The Validity and Viability of a Banking Model, based on Islamic endowment (Waqf/Awqaf) in UK and also on a project to update courses on Islamic Finance offered by the organisation. Additionally, she has worked as a Research Consultant with the International Cocoa Initiative in Switzerland to assess the condition of children working in cocoa farms in Africa. Also, she has worked with the Nottingham City Council in the capacity of a researcher from the University of Nottingham to develop a poverty profile for Nottinghamshire which she presented to the Council in 2015.

She has been involved in a diverse range of other research projects - from a DFID-funded project on Pakistan’s growth strategy to formulating a national technology policy. She has also presented her research at prestigious academic conferences in various countries such as in UK and Europe.

Her research interests include:

Please send her an email at sameen.zafar@lums.edu.pk to discuss research collaboration opportunities.