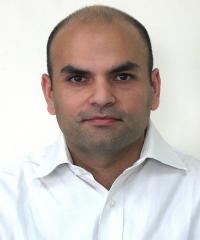 Zaki Rahman is a partner at the law firm of “LMA Ebrahim Hosain” and practices across a wide spectrum of areas including commercial law, company law, financial transactions, mergers and acquisitions, oil and gas law, initial public offers, infrastructure projects, telecommunications law, privatizations, real estate, sports law, constitutional and administrative law and labour law. He also has experience of litigation and contentious work in the High Courts and in international arbitrations as well as before regulators including the Securities & Exchange Commission of Pakistan and the Pakistan Telecommunication Authority.

Zaki obtained his LL.B (Hons.) degree from the University of Sussex in 2000 and was called to the Bar of England and Wales in 2003. He has been consistently ranked by the prestigious international legal guide “Chambers & Partners” as a recommended corporate/commercial lawyer in Pakistan. Recent work includes:

acting for Sui Northern Gas Pipelines Limited in its LNG import agreements and gas sale and transportation contracts for power projects;
acting for the Pakistan Cricket Board in connection with the structuring of the Pakistan Super League (the first franchise based sports league in Pakistan) and sale of media, sponsorship and related rights in excess of US$100 million;
representing the Government of Punjab on one of the largest mining projects in Pakistan;
advising the British American Tobacco Group on its business in Pakistan;
advising Shell International Limited on Pakistani law related matters;
representing a client in LCIA arbitrations in connection with disputes arising from gas supply agreements with certain power projects;
representing a client in the Lahore High Court in a matter involving fundamental legal issues relating to enforceability of domestic arbitration awards.

He is married with two children. His interests include playing tennis, reading and travelling.