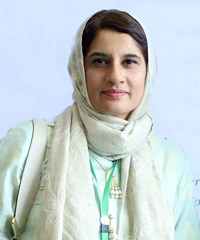 Dr. Faiza Ali has joined us as Assistant Professor - Tenure Track in the Suleman Dawood School of Business (SDSB).

Dr. Ali obtained her PhD in Management from Macquarie University, Australia in 2013. Her PhD research inquiries into the prospects for equal employment opportunities for women in Pakistani organizations. She received her MBA from Quaid-e-Azam University, Islamabad in 2001 and MSc in Economics from University of the Punjab, Lahore in 1999. Prior to joining LUMS, she was associated with Liverpool John Moores University, UK as Senior Lecturer in Business Management.

Dr. Ali has numerous renowned publications to her name, some of which are:

Her research interests include: