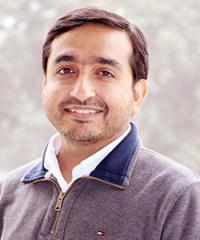 From January 2006 to December 2008, he was a Lecturer with the National University of Computer and Emerging Sciences-FAST, Lahore, Pakistan. He was awarded M.S. Leading to Ph.D. Fulbright scholarship, in 2008. In 2009, he joined Professor John Papapolymerou’s research group “Microwave Circuit Technology” at the Georgia Institute of Technology.

During his Ph.D., he authored/co-authored more than 30 research papers in peer-reviewed conferences and journals. Since January 2015, he has been working as an Assistant Professor at the department of Electrical Engineering of the Lahore University of Managements Sciences(LUMS), Pakistan.