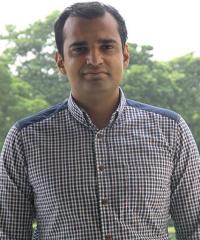 Dr. Chaudhry obtained his PhD in Physics from the National University of Singapore (NUS) in 2013 and continued working there as a post-doctoral fellow before joining LUMS in August 2014. His research focuses on harnessing the power of realistic quantum systems.

What are these `realistic’ quantum systems and why bother studying them? The fact is that although quantum mechanics is perhaps the most successful theory ever devised and has led to many technological breakthroughs such as transistors, lasers and magnetic resonance imaging, it has been realized that quantum mechanics can be harnessed to do much more - the possibilities are endless! For instance, the power of the quantum can be used for ultra-precise measurements, for unbreakable encryption in communication and even for making computers that will make a mockery of current supercomputers. Unfortunately, there is a major hurdle in the practical large-scale implementation of these new technologies - realistic quantum systems interact with their surroundings, thereby becoming classical, and no longer retain the quantum properties which make them so useful in the first place. Understanding the problem of such realistic ‘open’ quantum systems is thus a key problem in modern physics, with applications in quantum optics, chemical physics, condensed matter and nanotechnology, to name a few.