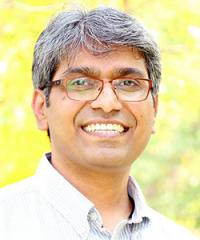 Dr. Amir Faisal received his PhD in Cell Biology from Friedrich Miescher Institute for Biomedical Research/University of Basel, Switzerland in 2004. During his PhD he identified novel roles for Shc protein, an important adaptor downstream of tyrosine kinases, in insulin signalling and cytoskeletal reorganization. He received his first postdoctoral training (2004-2008) in Protein Phosphorylation Laboratory at London Research Institute where he discovered that another adaptor protein, MyD88, couples Protein Kinase C epsilon to Toll like receptors during innate immunity. From 2008 to 2014, he worked at Cancer Therapeutics Unit of Institute of Cancer Research in Sutton first as postdoctoral fellow and later as senior scientist. He played an important role in progression of several drug discovery projects, one of which resulted in discovery of a pre-clinical development candidate that will undergo phase I clinical trials in 2016. After joining LUMS in August 2014, he has been establishing a cancer therapeutics lab at SBASSE.