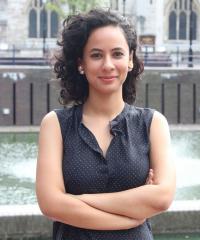 Maryam Wasif Khan is Assistant Professor of Comparative Literary and Cultural Studies. She received her doctoral degree in Comparative Literature from the University of California, Los Angeles under the supervision of Professor Aamir Mufti. She also holds an A.B. in Comparative Literature (summa cum laude) from Princeton University.  Her work on British orientalism, Muslim reform and nineteenth-century prose fiction in Urdu has appeared in Modern Fiction Studies (MFS), Modern Language Quarterly: A Journal of Literary History (MLQ) and PMLA. Her forthcoming book, Who is a Muslim? Orientalism and Vernacular Populisms, (Fordham University Press: 2020) argues against conventional methods of writing literary history for colonial vernaculars such as Urdu or Hindi. Suggesting that Urdu prose fiction from the moment of its inception at Fort William College is coded with certain Orientalist ideals of Muslim identity, the project demonstrates how this identity, in the contemporary moment, manifests as a powerful religio-populist literary impulse. A second project is envisioned as a series of essays and contemplations on the possibilities contained in the act of reading foundational European texts outside of the Academy.