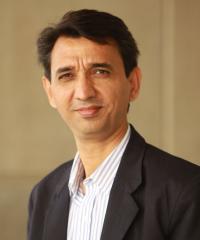 Dr Shahzad ul Hussan joined the Department of Biology at SSE in December 2013 as an Associate Professor. He did his Ph. D. in Bioorganic Chemistry from the University of Luebeck, Germany in 2005. In 2005, he obtained the Postdoctoral Fellowship Award from the National Institutes of Health (NIH), USA and joined the Laboratory of Bioorganic Chemistry at NIDDK, NIH.  During the postdoctoral training his research was focused on NMR structural studies of anti-HIV lectins and understanding the sub-molecular level basis of HIV entry inhibition by those lectins. In 2010, Dr Hussan Joined the Vaccine Research Center of NIAID at NIH as a research fellow where the focus of his research was to study the atomic level details of HIV-surface-displayed-glycan recognition by HIV-1 neutralizing antibodies. His research during last 10 years has resulted in several publications in high-ranking journals namely, Nature, Science, Nature Structural and Molecular Biology, Journal of the American Chemical Society, Journal of Biological Chemistry, Chembiochem and Journal of Virology. His research interests, in general, include understanding the structural properties of ligands in their macromolecular-bound state, the solution structure of proteins and biophysical characterization of recognition phenomenon involving glycans. He has implemented his expertise in understanding the atomic level details of recognition involving viruses. Further details about his current research at his rearch group page at http://biolabs.lums.edu.pk/BSB