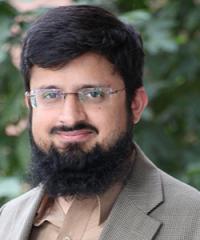 Nauman Z. Butt did his Ph.D. in Electrical Engineering from Purdue University in 2008 and B.S. in the same field from University of Engineering & Technology, Lahore in 2002. From 2008 to 2012, he was a member of technical staff in Semiconductor Research & Development Center (SRDC) in IBM Microelectronics Division, Hopewell Junction, NY.

Dr. Butt’s research interests include investigating physics and technology of microelectronic and optoelectronic devices through theory, compact modeling, simulations and experiments. His Ph.D. thesis was on computational study of scaling and radiation damage in nanoscale memory devices. In IBM, he has been involved in the development of embedded DRAM and dense SRAM devices in 32nm and 14nm SOI technology.