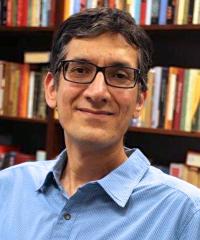 I am an associate professor in the Department of Humanities and Social Sciences at LUMS; I specialize in modern Chinese and Central Asian history and political economy.

My current research focuses on new economic configurations in the greater Central Asian region  (which I take to be inclusive of western China and northern Pakistan) since the 1980s: bazaar trade and bazaar networks; the new Silk Roads and trade corridors; commercial relations and emerging spatial configurations. More broadly, my work engages with informality, capitalism, and globalization across this region. I am also interested in Asian borderlands and high mountain regions, environmental history and political ecology, foreign relations and twentieth century international history