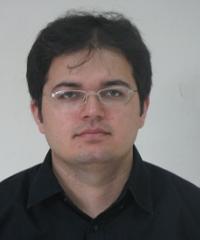 Ihsan Ayyub Qazi is a tenured Associate Professor and the current Chair of the Department of Computer Science at LUMS, Pakistan. He received his Ph.D. in Computer Science from the University of Pittsburgh, PA, USA in 2010 and the BSc. (Hons) degree from LUMS with a double major in Computer Science and Mathematics in 2005. He was a Visiting Research Scientist at the University of California, Berkeley, USA in 2017. Previously, he has held positions at BBN Technologies (Cambridge, USA) and the Centre for Advanced Internet Architectures (Melbourne, Australia). His research interests are in computer networks and distributed systems and span cloud computing and datacenters, mobile/wireless networks, ICT for developing regions, Internet censorship, and online privacy. His work has appeared in premier networking conferences, such as ACM SIGCOMM, and journals including IEEE/ACM Transactions on Networking. His work was selected as a best ACM SIGCOMM CCR paper in 2018. He is a recipient of the Google Faculty Research Award and the Andrew Mellon Fellowship. His research has been sponsored by the United States National Science Foundation (NSF), World Bank, Australian Research Council (ARC), HEC, and Ignite.