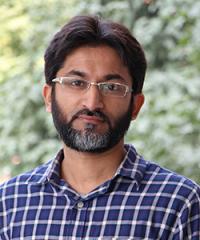 Dr. Taj earned his Ph.D. and M.Sc. degrees in electronic engineering and computer science from Queen Mary University of London (QMUL), United Kingdom, in 2009 and 2005, respectively. He received his BE (IT) degree (with distinction) in Engineering from Hamdard University, Pakistan, in 2003. Currently, he is holding the position of Visiting Assistant Professor at Lahore University of Management Sciences, Pakistan. His research interests are object detection and tracking using multimodal sensors.  He has served as a reviewer for the IEEE Transactions on Circuits and Systems for Video Technology and the International Workshop on Content-Based Multimedia Indexing. He has also served as the Electronic Media Chair of IEEE International Conference on Advanced Video and Signal Based Surveillance (AVSS 2007).