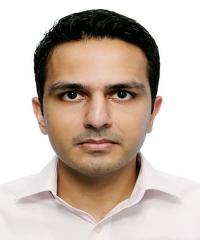 Umer Chaudhry is a Partner at Raja Mohammad Akram & Co, in Lahore, Pakistan. He is an Advocate of the High Courts of Pakistan and Attorney at law enrolled in New York. Up until 2015, he was a Registered Foreign Lawyer in Singapore, where he worked at Clyde & Co LLP and Rajah & Tann LLP, both internationally ranked amongst the top-30 international arbitration practices. Umer is a graduate of the Lahore University of Management Sciences (B.A/LL.B. ’08) and the University of California, Berkeley, School of Law (LL.M. ’11). He was awarded the Fulbright Scholarship in 2010.

Umer has strong expertise in cross-border dispute resolution engaging public and private international laws and a rich experience of practice before international forums in international litigations, arbitrations, and mediations. During the course of his practice, Umer has represented clients in a diverse range of disputes in London, Hong Kong, Singapore, United Arab Emirates, and Indonesia. His core practice areas are investment, commercial, construction, and energy infrastructure disputes. He is well versed in the rules of major arbitral centres such as ICC, LCIA, SIAC, and HKIAC. He also has solid experience in the enforcement of arbitral awards in multiple jurisdictions under the New York Convention.

Umer also writes on topics related to international arbitration and dispute resolution for various publications. He is the co-author of the Pakistan Chapter of GAR Investment Treaty Know-How for the Global Arbitration Review.