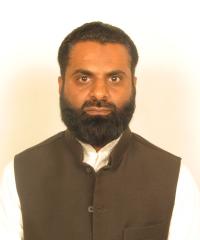 Basit Koshul received his first PhD in 2003 from Drew University, specialising in the sociology of religion. He  joined the School of Humanities, Social Sciences and Law at LUMS in 2006. His areas of interests include the relationship between religion and modernity, philosophy of science, philosophy of religion, the sociology of culture and the contemporary Islam-West encounter.  He is especially interested in integrating the ideas of Muhammad Iqbal, Charles Peirce and Max Weber.

He has a number of publications to his credit, including a book titled The Postmodern Significance of Max Weber's Legacy: Disenchanting Disenchantment (Palgrave, 2005). He has co-edited a collection of essays titled Scripture, Reason and the Contemporary Islam-West Encounter: Studying the Other, Understanding the Self (Palgrave, 2007).  He has also co-edited a collection of essays titled Muhammad Iqbal: A Contemporary (Iqbal Academy, 2010).

He completed his second PhD in 2011 from the University of Virginia.  The title of his dissertation was Max Weber, Charles Peirce and the Integration of the Natur and Geisteswissenschaftern.  The dissertation begins with an integration of Max Weber's methodology of the social sciences and the philosophy of Charles Sanders Perice. It goes on to show that the conversation between Weber and Peirce opens up the possibility of the conceptual integration of science, philosophy and religion.