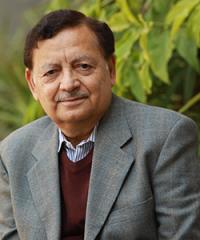 Dr. Mohammad Waseem is Professor of Political Science at Department of Social Sciences, Lahore University of Management Sciences. He was Chairman of the International Relations Department, Quaid-e-Azam University, Islamabad. He has written on ethnic, Islamic, constitutional, electoral and sectarian politics of Pakistan. His books include: Politics and the State in Pakistan (1989), The 1993 Elections in Pakistan (1994) and Strengthening of Democracy in Pakistan (co-authored with S.J. Burki) (2002). He also edited the book Electoral Reform in Pakistan (2002).

Professor Waseem was Pakistan Chair at St. Antony's College Oxford from 1995-1999. He has been a visiting professor in Sciences Po Paris; visiting scholar in the International Programme for Advanced Studies MSH, Paris; Fulbright Fellow in the New Century Scholars Programme at The Brookings Institution, Washington DC; Fellow of the Ford Foundation at Oxford; DAAD Fellow at the University of Heidelberg; Fulbright Fellow at Columbia University, New York; Fellow of the Indian Historical Research Council, New Delhi; Fellow of the British Council in London; and Fellow of the American Political Science Association in Washington DC.

Professor Waseem has been on the editorial boards of international academic journals; Ethnicities (Bristol), Contemporary South Asia (Bradford) and International Studies (New Delhi). He was the team leader of research projects sponsored by DFID London and UNDP Islamabad. He was the country coordinator for Pakistan for a survey project on South Asia sponsored by Ford Foundation.